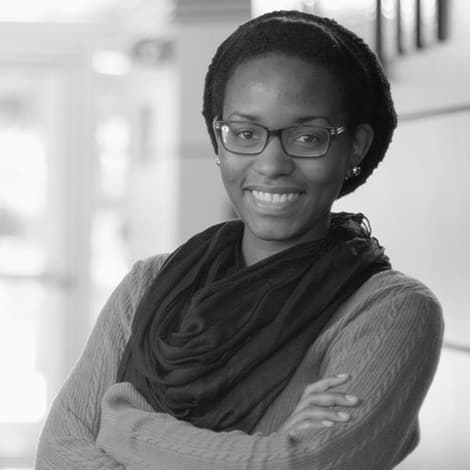 In 2010, the ground shook Kara Bazile out of her home in Port-au-Prince, Haiti. She had to leave her native country after the earthquake and come to the US. She was accepted at Vermont Tech as part of her resettlement, so was genuinely pleased when she found out the college had small class sizes. Even then, she knew she would feel lost in a bigger school.

The class size alone wasn’t enough for Kara to succeed at first, however. She sought out the Center for Academic Success during her first year where she and a counselor crafted a studying schedule for Kara. Once she got the hang of it, she performed much better on homework, projects and tests. In her junior year, Kara was asked to be a peer mentor to VAST students (high school students taking their first year of college while also earning their high school diplomas) by the same office that had started Kara on her path of all “A” grades in her Business Technology & Management degree program.

What the small college has afforded Kara is plenty of hats to wear. She’s been an orientation leader, a tour guide and has started the Multicultural Club for Vermont Tech. Her leadership has helped students learn about many cultures and develop an appreciation and tolerance for others. She strongly encourages every student on her campus tours to get involved. It will extend their horizons like it did for Kara.

With all Kara has done for various offices and groups on campus, as well as the education she’s receiving in her degree, Kara knew she would graduate well-armed with interesting skills to take her wherever she wants to go. Kara currently works as a resident assistant at MIT/Wellesley Upward Bound and

Like this story and want to share your own? opens in a new windowSend us your feedback!